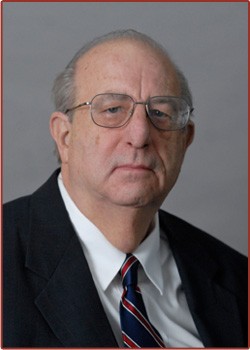 Mr. Corse is a Past Chair (1991-1993) and former Vice Chair of the PBA Legal Ethics and Professional Responsibility Committee.  He continues as a present member of that Committee.  The Committee provides Pennsylvania lawyers with written and oral opinions of the applicability of the Rules of Professional Conduct to prospective conduct of a lawyer inquirer, as well as developing and commenting upon contemplated changes in those rules.  During some years, the Committee has rendered over four hundred responses to inquiries.

The Committee meets quarterly and regularly makes comments and recommendations to the Disciplinary Board and the Supreme Court with respect to new or proposed amendments to the Rules of Professional Conduct.

Mr. Corse has annually been selected to serve as a scorer for the Final Championship Trial of the Pennsylvania Bar Association High School Mock Trial Competition.

In addition to an extensive experience practicing law, Mr. Corse has been very active in community affairs. He has been a two-time President of the Schuylkill Unit of the American Cancer Society and has served as a past-chair of the Annual Cancer Crusade. He has been a frequent lecturer at Pottsville for the “I Can Cope” series of the ACS.  He has served on the Board of Directors of the Schuylkill County Chamber of Commerce.  He has also served as the Chair of the Good Samaritan Hospital Foundation, Inc., serving Pottsville, Orwigsburg, Schuylkill Haven, Frackville and Shenandoah.  For the past thirty-three years he has been a licensed Swimming Official by the Pennsylvania Interscholastic Athletic Association and he officiates at swimming and diving meets in the Pottsville Area, Blue Mountain Area and Schuylkill Haven Area School Districts.  He has served as President of the Schuylkill County Swimming Association and a Director of the Pottsville Aquatic Club.