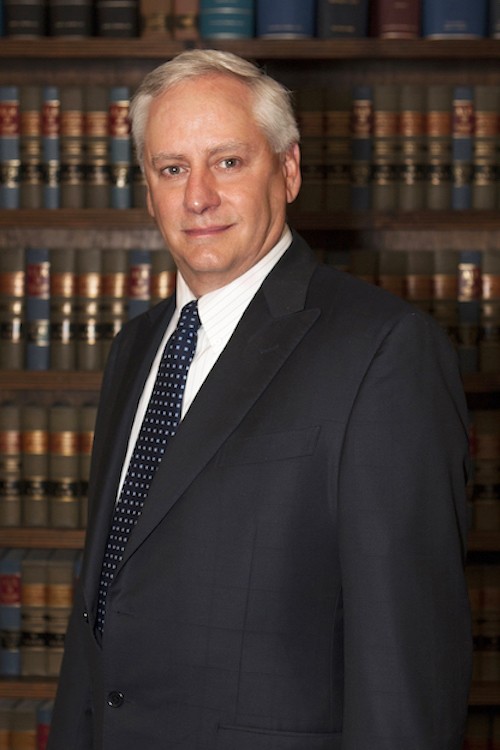 Joseph (Jay) H. Jones, Jr. is a Senior Member of the law firm of Williamson, Friedberg & Jones, LLC, having been with the firm for 43 years. Mr. Jones graduated from Ursinus College and Widener University School of Law where he served as Articles Editor of the School’s law review publication.

Mr. Jones practices primarily in the Court of Common Pleas in Luzerne County, Dauphin County, Northumberland County, Berks County, and Schuylkill County, as well as in the United States District Courts for the Eastern and Middle Districts of Pennsylvania. He previously served as Solicitor for Schuylkill County from 1984 through 2003, and as Schuylkill County Assistant Solicitor from 2003 through June 2006.

The major focus of Mr. Jones’ practice is Civil Litigation of all types. He handles matters for both plaintiffs and defendants, litigating personal injury and wrongful death suits, automobile, trucking and motorcycle accident cases, business partner disputes, commercial, construction, insurance, and real estate. He is active as an arbitrator in both uninsured and underinsured motorist’s arbitrations. He is also active as a mediator in all types of litigation matters. Mr. Jones has appeared before the Pennsylvania Human Relations Commission, the Pennsylvania Environmental Hearing Board, the Public Utility Commission, and other administrative agencies. His extensive experience includes arguing cases before the Worker’s Compensation Appeal Board, Commonwealth Court of Pennsylvania, the Superior Court of Pennsylvania and the Supreme Court of Pennsylvania.

Mr. Jones’ trial practice includes both commercial and personal injury litigation and workers compensation cases, including numerous complex matters within those areas. As trial counsel, Mr. Jones has achieved a verdict in excess of two million dollars, and multiple settlements in excess of one million dollars in various personal injury cases. Additionally, he served as co-trial counsel in a class action law suit that resulted in a settlement of twelve million dollars in cash as well as an additional eight to ten million dollars in benefits to the class members. Mr. Jones also served as lead counsel in a class action lawsuit in the Court of Common Pleas of Berks County representing a class of over 80 employees in a claim for payment of unpaid wage supplements by the employer upon the sale of the company.

Mr. Jones was awarded an AV® rating in Martindale-Hubbell in 2000. He has maintained that distinction ever since. The AV® rating identifies a lawyer with very high to preeminent legal ability based upon an extensive peer review by other members of the Bar.